The demo (just the first act) is playable in-browser! If you run into any issues with it, you may still wanna try downloading it instead.

Kenta Ichinose is the lucky recipient of enough funding to cover the last half-year of his highschool education... provided he transfers to an all girls' school! Could this be his chance to get a cute girlfriend?

Well... as it turns out, no. Absolutely not. Better luck next time!

Chiaki Ichinose, an 18-year-old, no-nonsense lesbian who could really use a nap, is the "lucky" recipient of enough funding to cover the last half-year of her highschool education... provided she transfers to a new school. There, she meets a cast of colorful characters who suddenly find themselves a little bit out of their depths when confronted with some unexpected feelings for the replacement protagonist.

A sometimes silly, sometimes serious, sometimes cozy, and sometimes painful story of lesbian romance is about to begin... with or without its original protagonist. Will these friendships and potential romances last beyond graduation and into college? Hang in there, Chiaki! 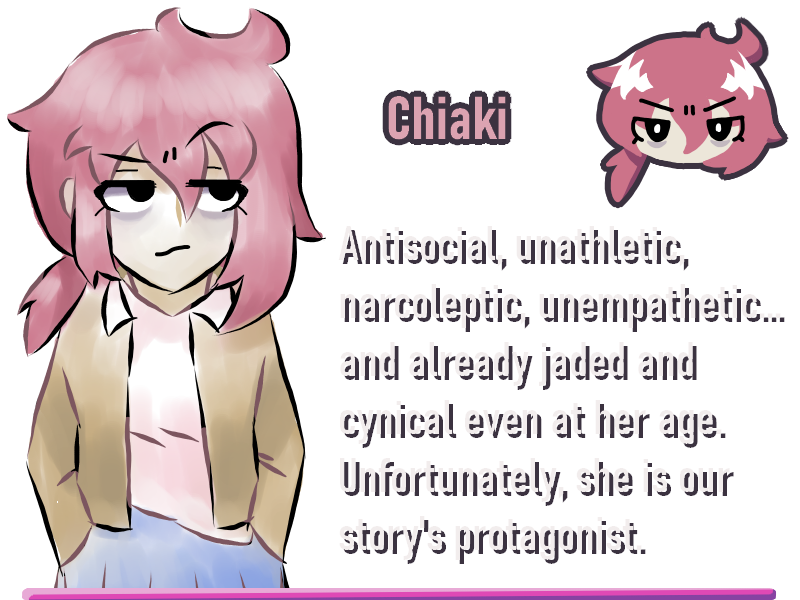 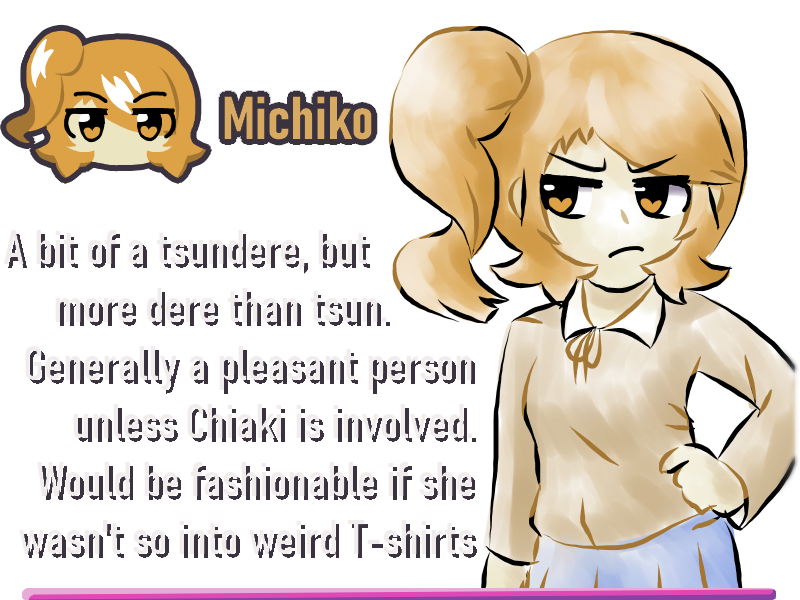 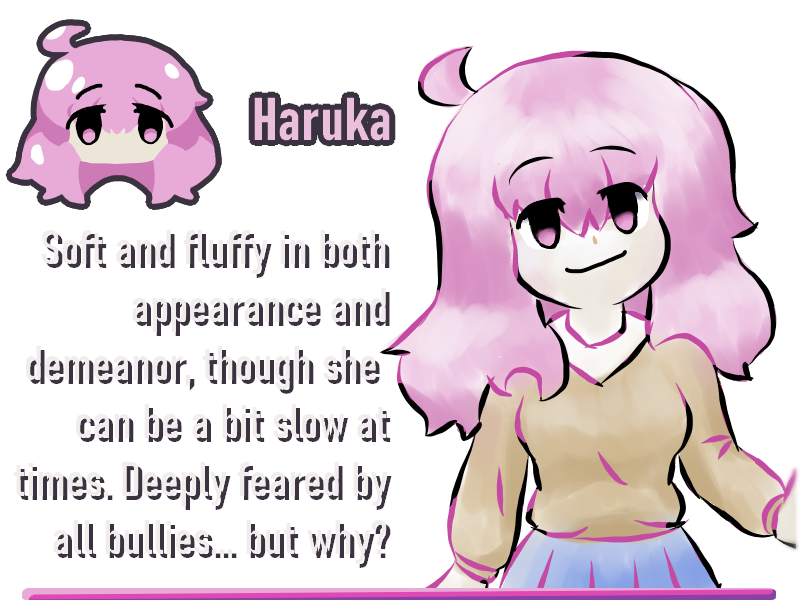 The demo version includes around 25k words (that's somewhere around 2-4 hours of reading, depending on how many of the choice branches you explore), and the final version will be over 100k words (over 80k of which are already written). The full release will probably be around $6-8.

Saves will hopefully be transferrable, though it may end up being a bit of a fiddly process. We'll see.

I don't have a Mac to test that version of the game on, so do let me know if you run into any issues with it, and I'll... see what I can do, I guess!

This VN is, for the most part, a just-for-fun side project, and probably won't be my #1 priority for a while. However, if you're interested in seeing occasional progress updates for this or any other games I'm working on, check out these links:

Great story with a lot of fun moment :)

I like the chibi characters they are so cute ❤️

Waiting to see what comes next ❤️

Yeah, so far an amazing down to earth visual novel. Excited to see what can happen.

the game is super fun, i cant wait for final version to come out! I love the sense of humor btw 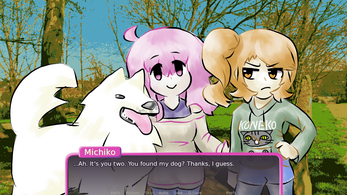 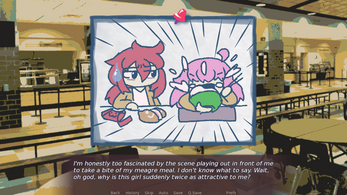 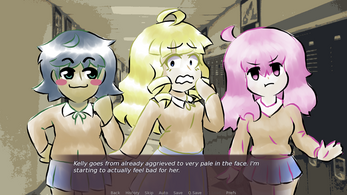 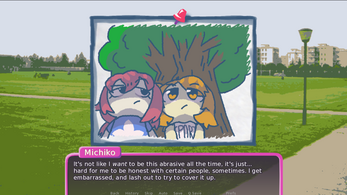 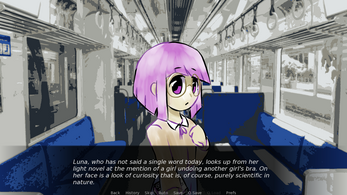 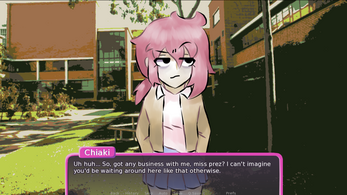